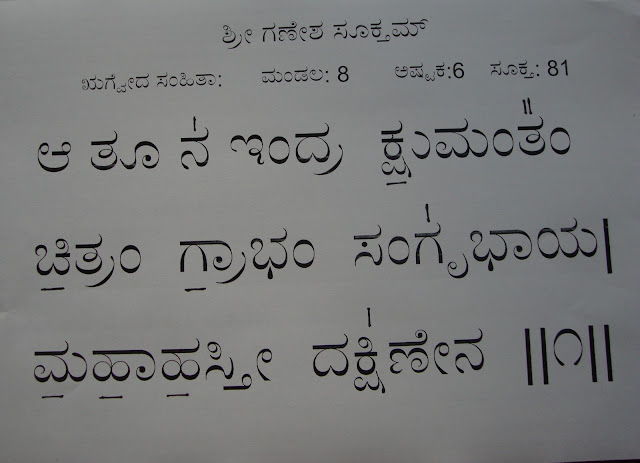 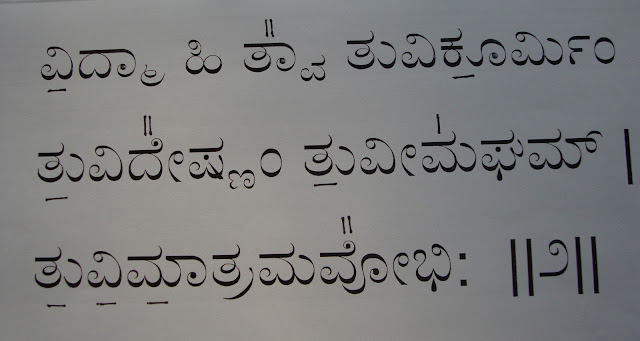 LET US GET CONFUSED AND CONFUSE OTHERS!

----------------------------------------------------------------------------------------------------------------
This is a common problem with those who understand and advocate Shankara wrongly!
They speak of vyavaharika sathya and paaramarthika sathya.
But they miss the point as to where they are standing at the time of speaking.
If they are in vyavaharika base their experience of paaramarthika sathya is questionable!  At the same time they fail to quote the VEDAS in support of their theory!!
If they are in paaramarthika sathya base, there exists only one Brahman and there can not be one who speaks and one who listens!!  There can not be 'the perceiver, the perceived or the process of perception'!!
The theory that the world is just an illusion and just a 'perceived world' without real existence makes one inactive, lazy and lethargic.  Because actions do not find a place in an illusionary world!!  But why the very propounders of this theory are doing so many actions to fill their bellies, accumulating wealth and owning them?!!!!!  Does not this amount to double standards.
VEDAS are clear that. we have to live in this REAL world and labour and work to gain spiritual strength and 'perceive' the world as it is!!  "Kurvanneveha Karmaani jijeevisheth Shathagam samaaha" (Yajurveda.40.2.) - Perform your duties wishing to live for Hundred years & "Maa cchiththaa asmaath Lokaath" (Atharvaveda.8.1.4.) - Sever not yourself from this world.
It is true that Buddha and the like have uttered many words of wisdom, but their words are not infallible as compared to the VEDAS.
Human beings do perceive many things rightly and wrongly.  The process of unlearning has to be with reference to wrong perceptions!!
Shankara, a great VEDIC scholar was only speaking of the world wherein we have to distinguish between FACE VALUE and INTRINSIC VALUE that things and theories have.  When we are clear about the intrinsic value the face value can not mislead us or attract us!  Hence the face value is just superfluous and illusionary.
Now it is open for the readers - for me readers are there, notes to be read too are there and the process of reading too is there - to "perceive" the essence of the above remarks, which I promise is perfectly in good faith and with an open mind.

This blog is just an individual opinion of mine,not to offend or hurt anyone.
I would be more than happy if someone can correct me if they find anything wrong.
Look around,what do u percieve?seeing or hearing is different from perception,perception is a function of mind.you can give any kind of perception to a recieved stimuli or even desist to give any.When u look at a book,u know its a "book" cause u had learnt, book is a collection of facts,it has sentences arranged in it as  chapters,the words follow grammar,if you finish reading this book it might help you in a certain way,and so on.All these learnt perceptions act subconsciously when you look at a book.In reality that book is nothing,it has no meaning to it when u look at it from an absolutely unlearnt eye.Show the book to a baby,its just like any other thing ,it is no different from a toy.As the baby grows it learns the difference between a toy and the book,this is how learning develops based on perception.If u had taught the baby toy as book and book as toy,it would ve learnt it sameway.Eventually the babay lives in a "percieved world".
What about the world we see ,feel n hear?the world is just there, its dead,its your perception that makes it lively,colurful,sad,miserable etc,You are choosing to give it meaning.If you dont believe it, work backwards and you will see,how "your world" has emerged.Our intelligence arises similarly,its like decieving ourselves twice. On a nothing,we assume something because of desire or inquisitiveness and then work backwards to find a relation,because that gives harmony to the mind.All our laws ,postulates, theorems are created on an assumed "something".So in reality there is no absolute law, ethics,mathematics,logic etc,law and ethics give harmony to assumed society and relations.Maths n logic give harmony to the assumed numbers and concepts.All these law and  maths are not wrong but only work for assumed concepts.They themselves are pointing backwards,telling us this is how you assumed things and this is how you find harmony.So everything emerges from "nothing".So this "nothing" denotes absolute harmony.For example ,we introduce the non existant "1" on  a truly existant "0",and when tried to relate them, a law emerges(subtraction) pointing the origin. This is like knowing all the laws and theorems to all possible assumptions ever made.This is nothing but OMNISCIENT. This is what Buddha called "shunyavastha",and Adi shankara called "Brahman".This is paramarthika satyam,'Brahma satyam jagat mithya' and our laws are vyavaharika satyam."Tat Tvam asi" is a mahavakya from Chandogya Upanishad.You dont have to believe it because someone says it or is told in vedas,when you yourself look thru a discerning unbiased eye,you ll see the world to be untrue and is based on assumptions, appearing falsely true(maya) and is a reflection of something truely true.What i have presented is a logical framework,i dont know what is it like to drop all assumptions.To really feel how is it to be to be "nothing",you should try droping all conscious and subconscious assumptions,this path is called raja yoga.and what Buddha described as Zen.All other paths eventually lead to Raja yoga,be it jnana yoga or karma yoga,and Raja yoga leads to absolute truth..
Each human being represents a thought, and thats all he is,and thoughts emerge when mind uses its imagination,all three can be used interchangebly.just as our thoughts cease to exist on proving the contrary,every human can unlearn his false existence.As J krishnamurthi says, by observing his mind as an outsider,the observer eventually becomes the observed.
ಪೋಸ್ಟ್ ಮಾಡಿದವರು vedasudhe ರಲ್ಲಿ 12:27 PM 6 comments: